The human being is a part of the Universe, but, in terms of scale and fragility, only a piece of carbon in the depths of the unknown.

The project is an attempt to delve deeply into matter, to present the human being as a part of the Universe – its small, but integral element. I go deeply into the building material of the Cosmos which is, at the same time, the building material of man.  One could say that I “deconstruct” matter, documenting it on the one hand, and confronting it with the infinite, mysterious and enigmatic Universe, as well as us ourselves to a degree, on the other hand. I clash naturalist objects with electron microscope photographs – it is a combination of an abstract image, invisible to the human being, with the harsh reality. I have photographed organic and non-organic matter in various forms, e.g. as coal, calcium, bismuth, i.e. some components of the building material of the world and any life form. I present matter in the macro scale as abstract images combining them with audio and video projections, as well as installations. 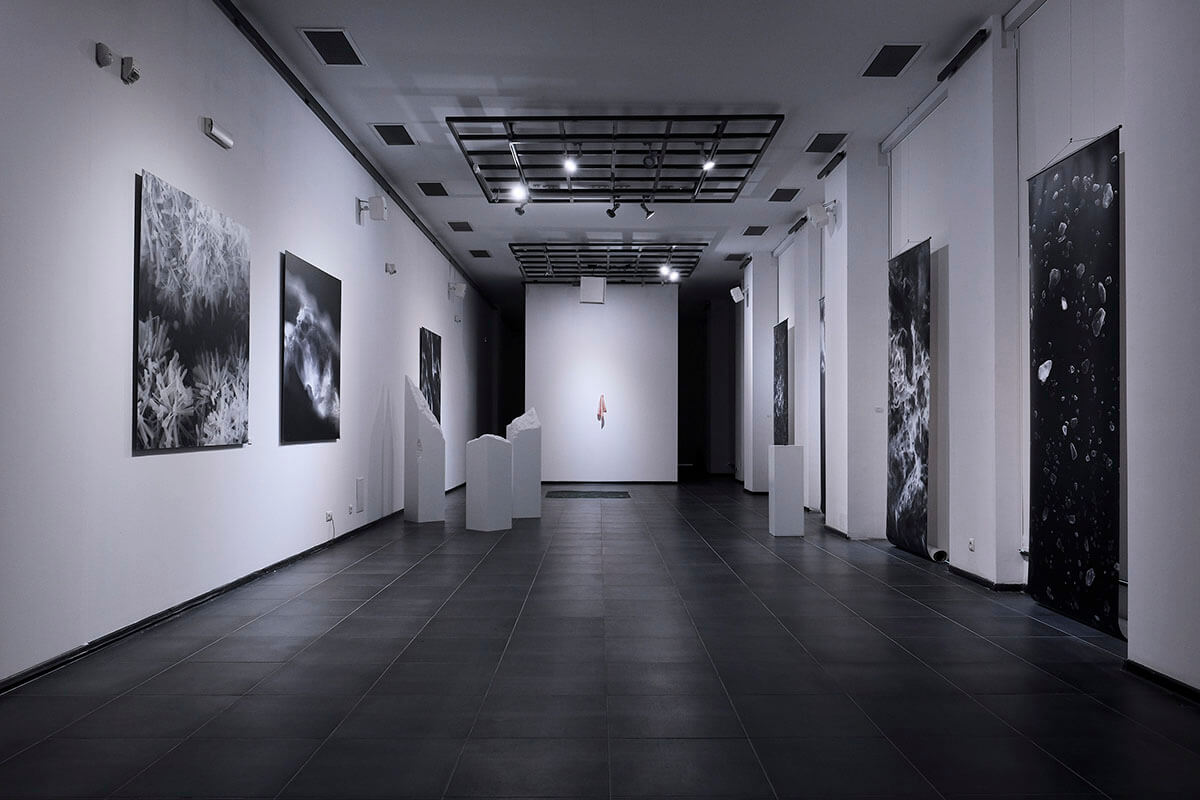 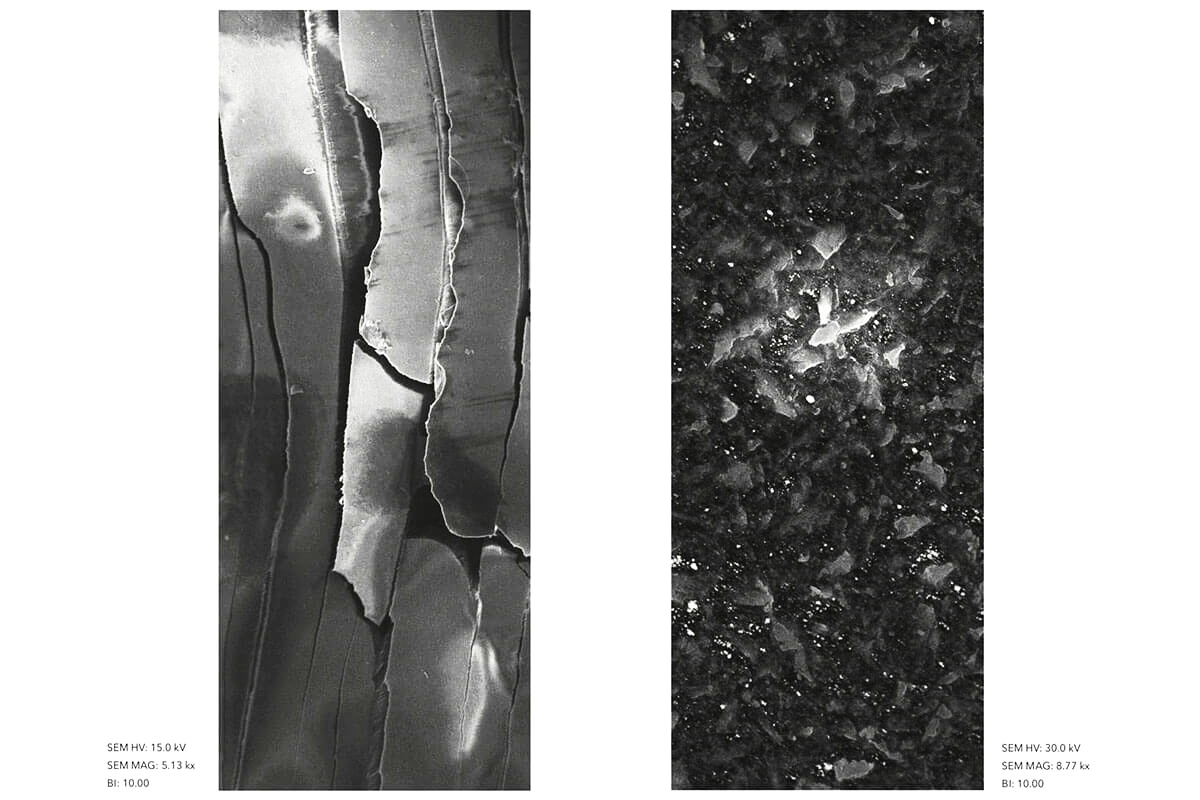 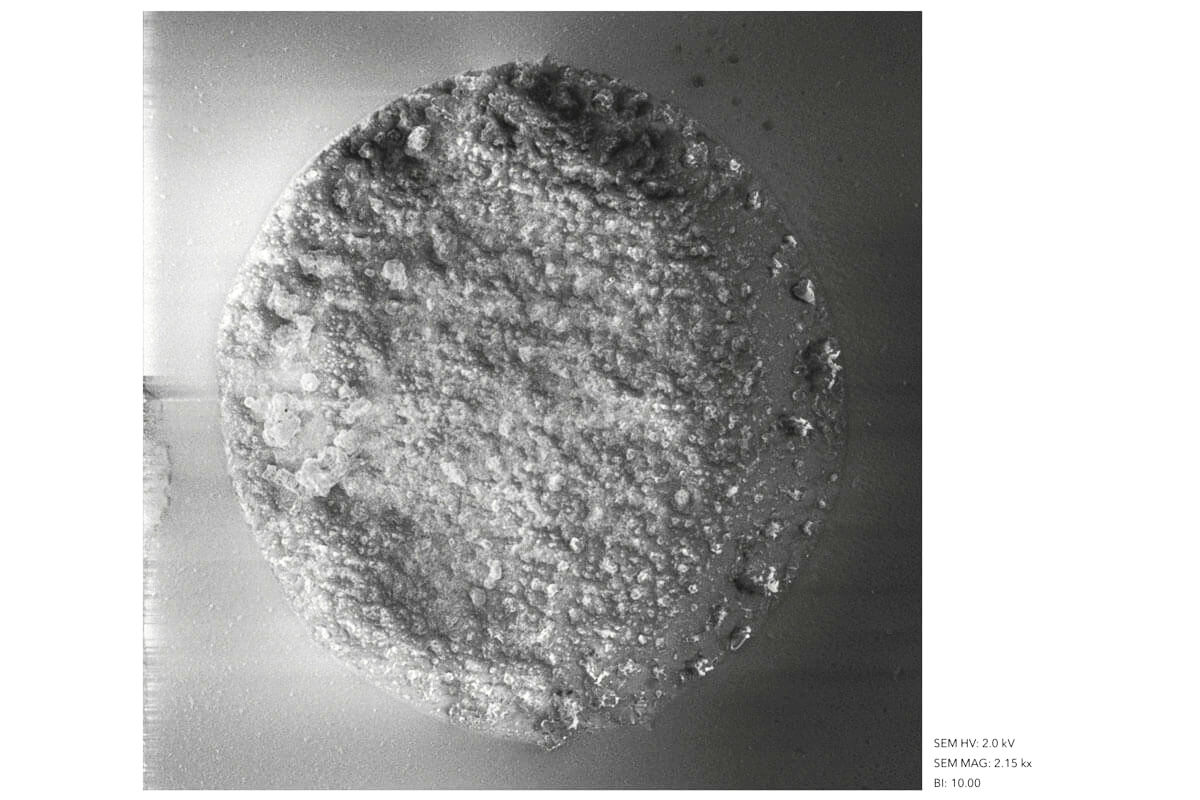 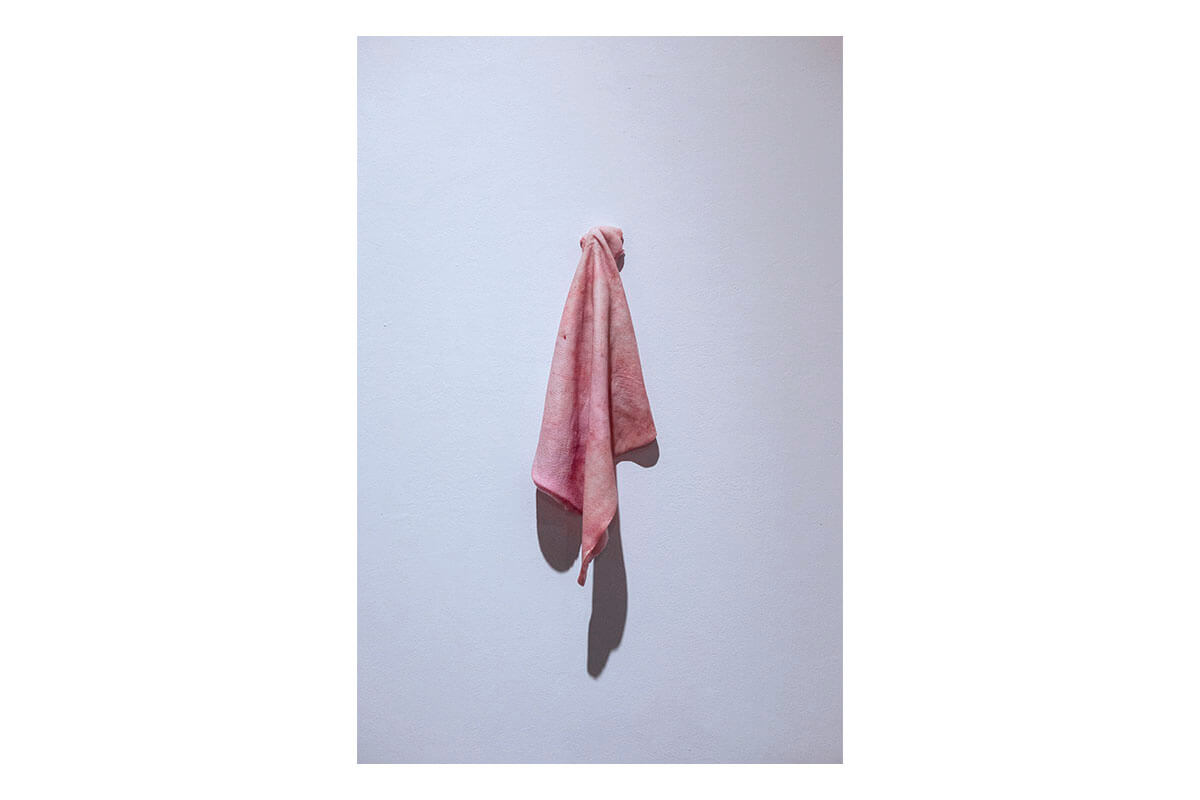 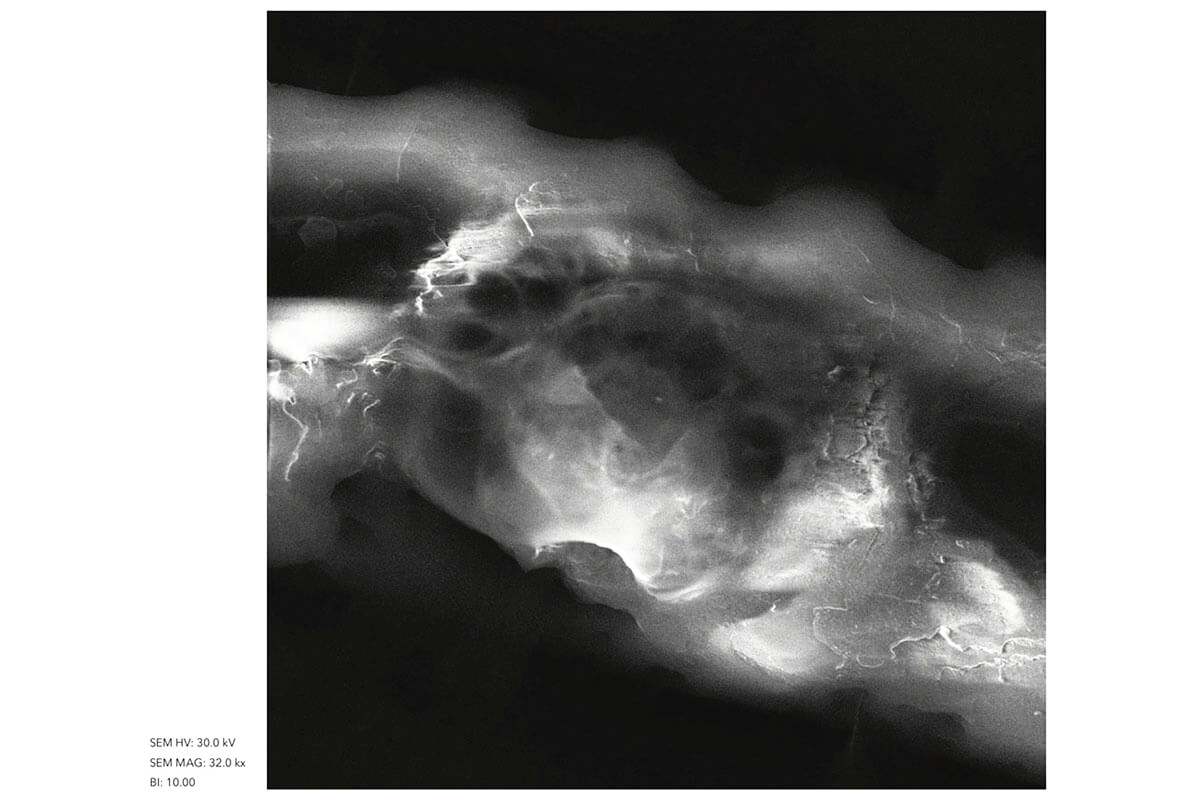 The first component of the work is the symbolic installation “Esencja ludzkości” / “The Essence of Humankind”. If the space between atoms constituting human bodies were to be eliminated, the remaining matter could be enclosed in a space of the size of a sugar cube. Basing on mathematical calculations, I have created a coal cube which contains the entire human race.  The cube is made of coal as life is based on this element – it is its symbol. Subsequent elements comprise audio audio-video installations which constitute a kind of entry into the matter, into the Universe. They seek to influence the viewer in the same way as the world affects our senses. They allow us to perceive and register the world and I would like to convey my idea to the viewer in the same, complete manner. 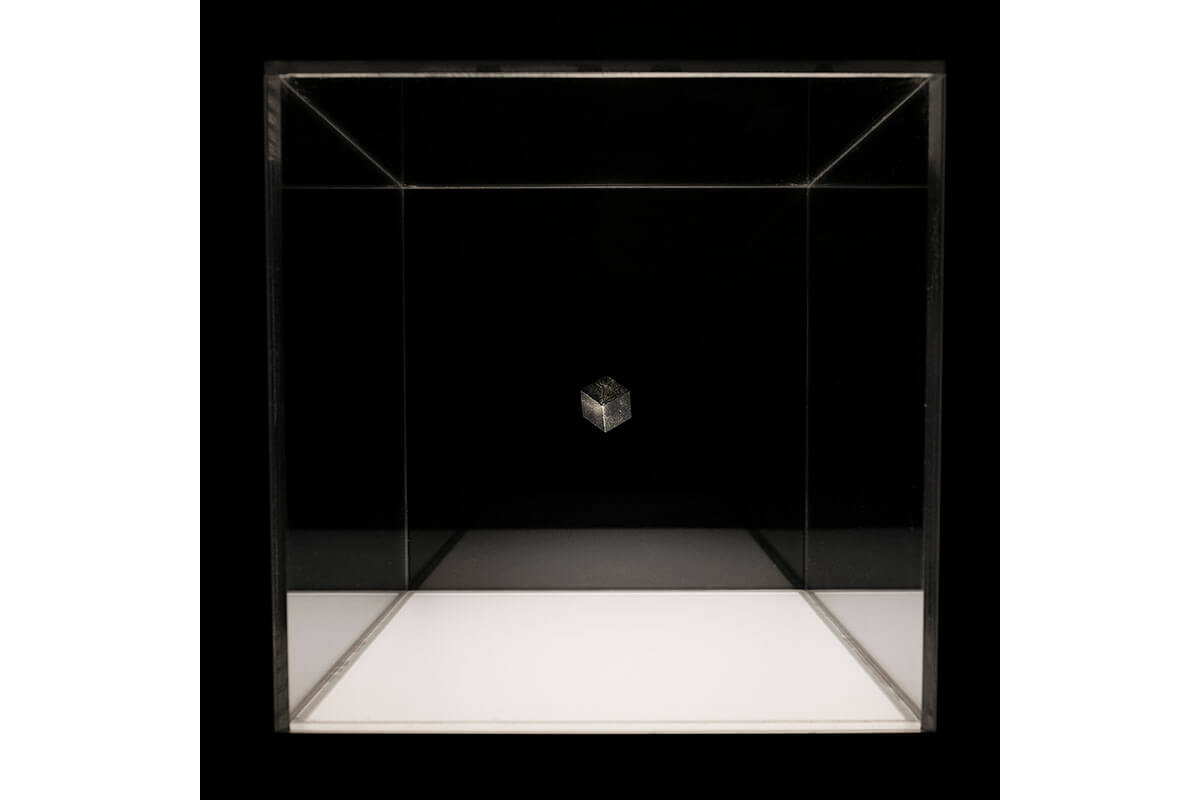 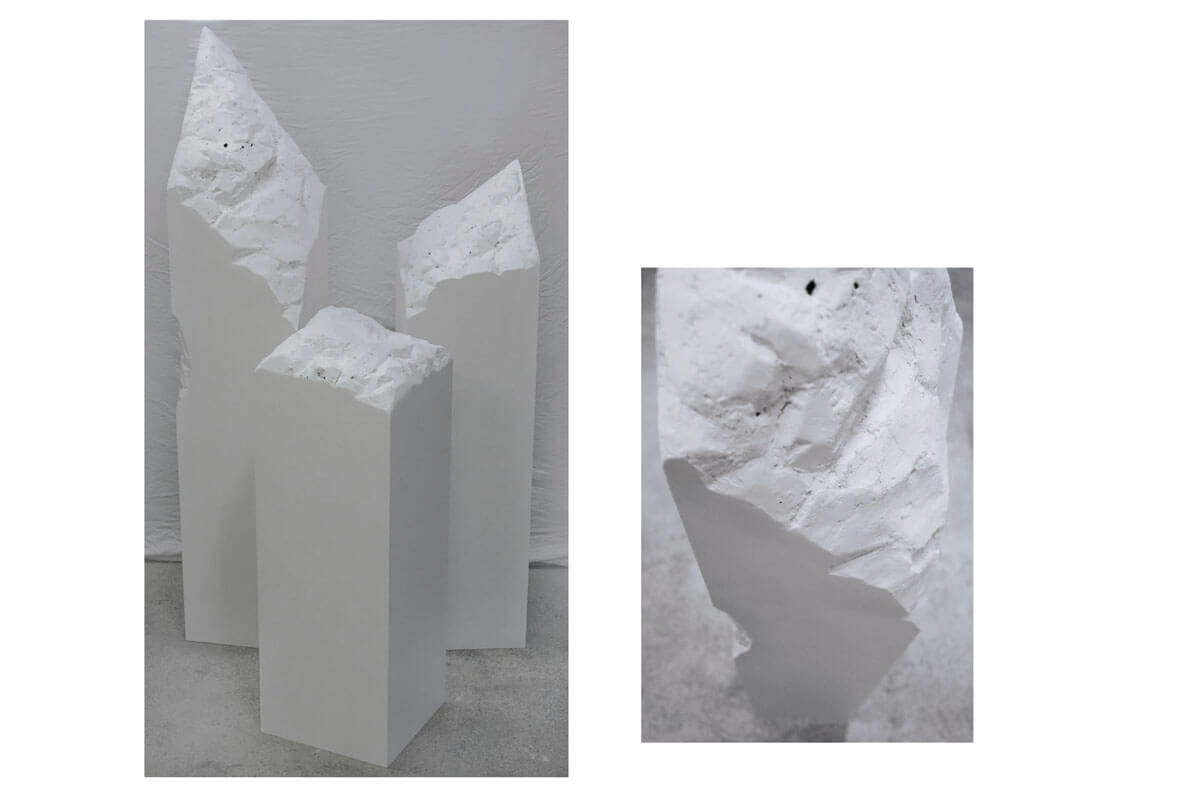 The work aims to expose what is hidden – one of the functions of art itself – and, simultaneously, to illustrate, document and confront the viewer with their “self” in relation to the unexplored Absolute. At the same time, the work presents a new aspect of well-known entities, the simple forms of which take on a whole new perspective, become ambiguous and abstract. The work is situated on the border of art and science, although science is purely symbolic here, as its purpose is not about scientific documentation, but its artistic interpretation. The work is not to shock, but to encourage reflection. The body is a part of the Universe, it is constructed from the same material – it is, indeed, matter and, fragile as it is, it shall wither and pass away. The creative process itself demonstrates the impermanence of matter – samples have been destroyed in the process of photographing which confirms the view I hold dear, namely, that photography is, in fact, putting to death. 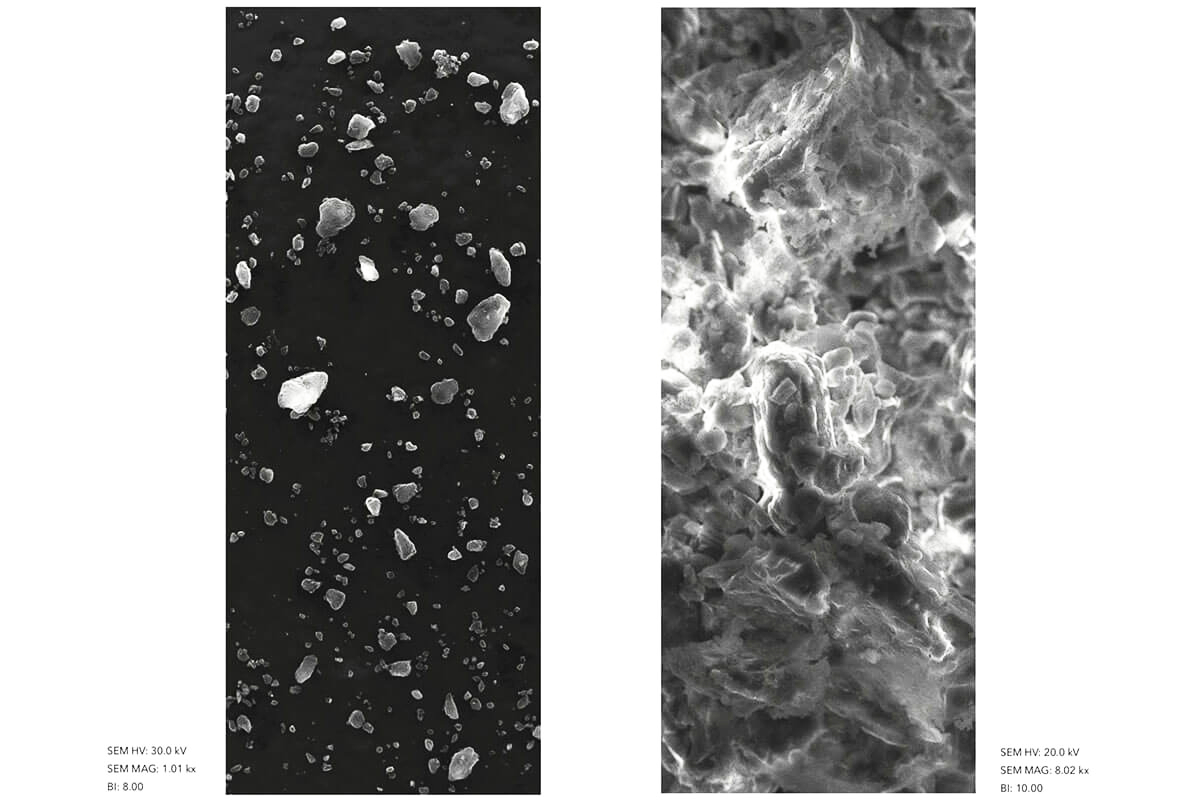 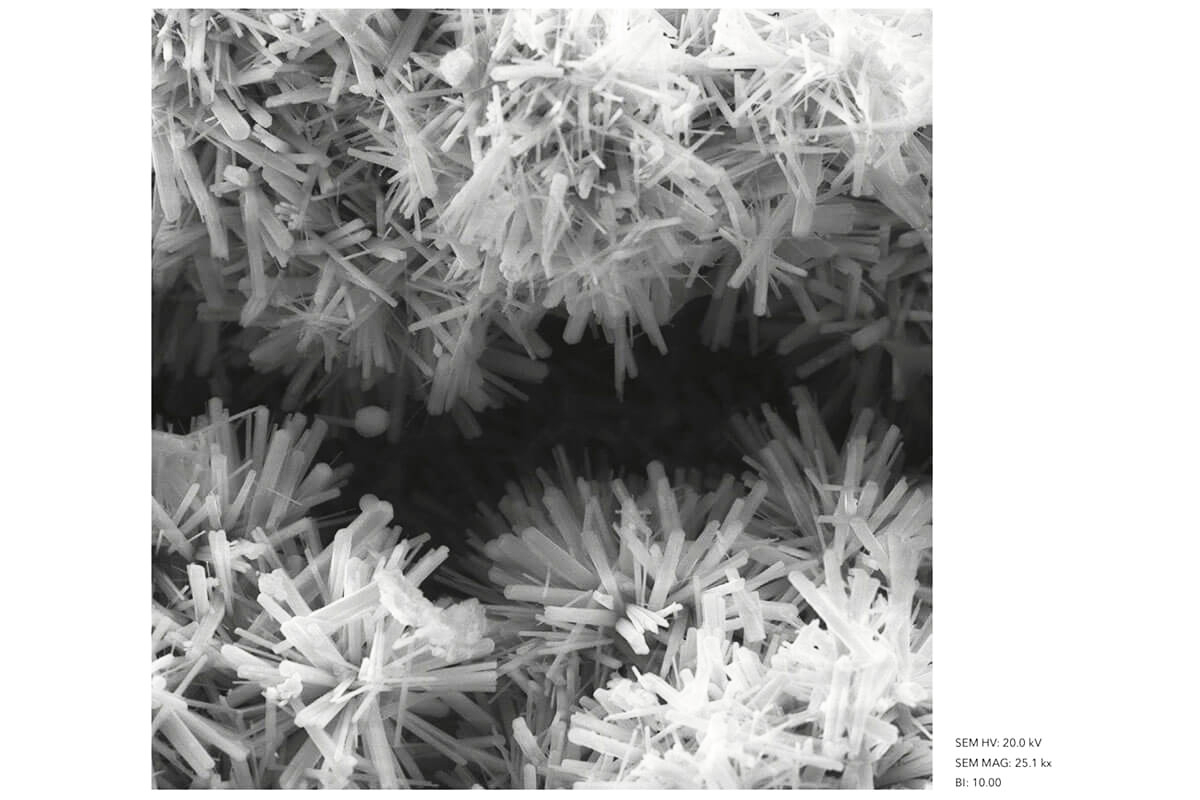 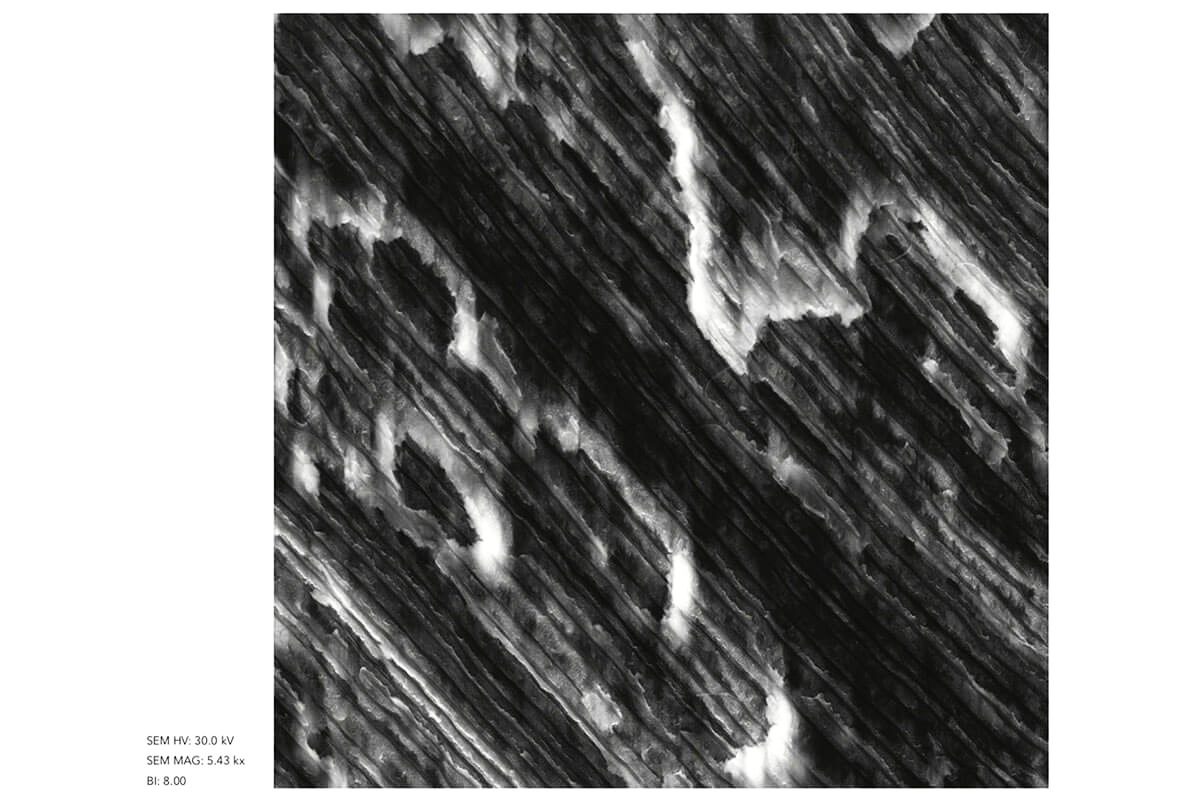 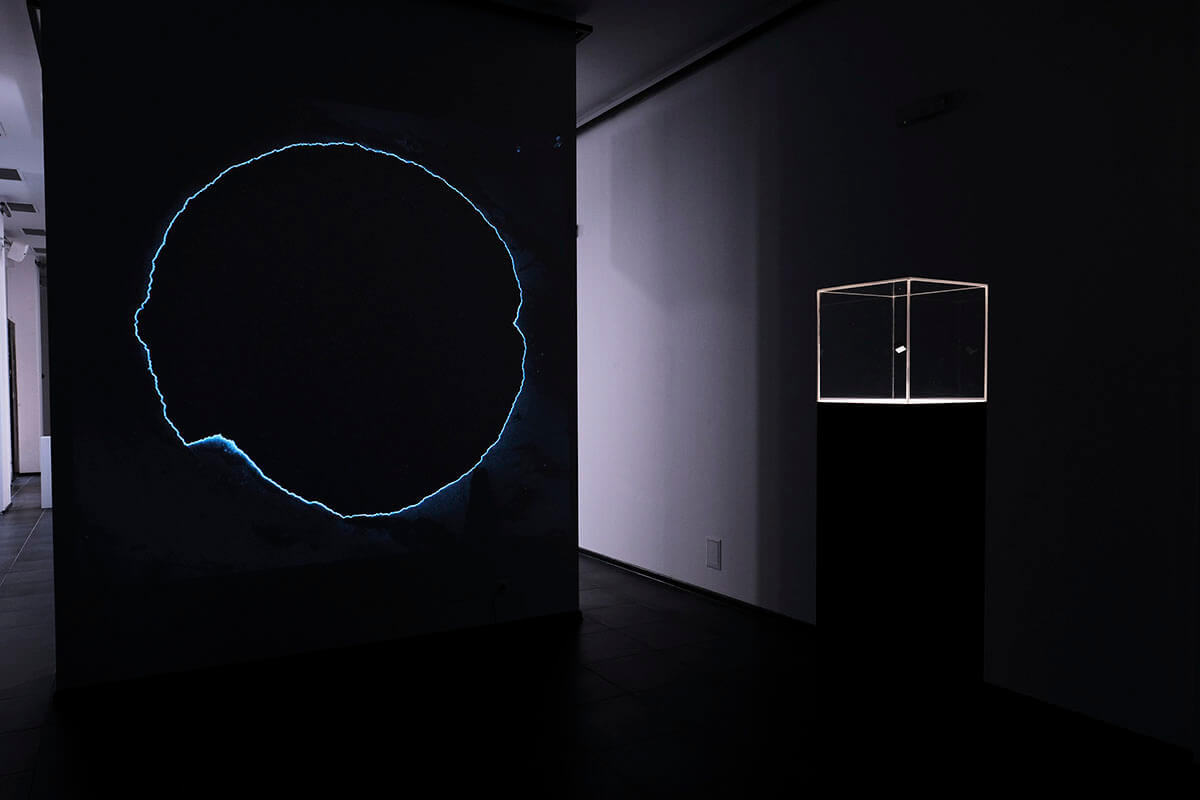 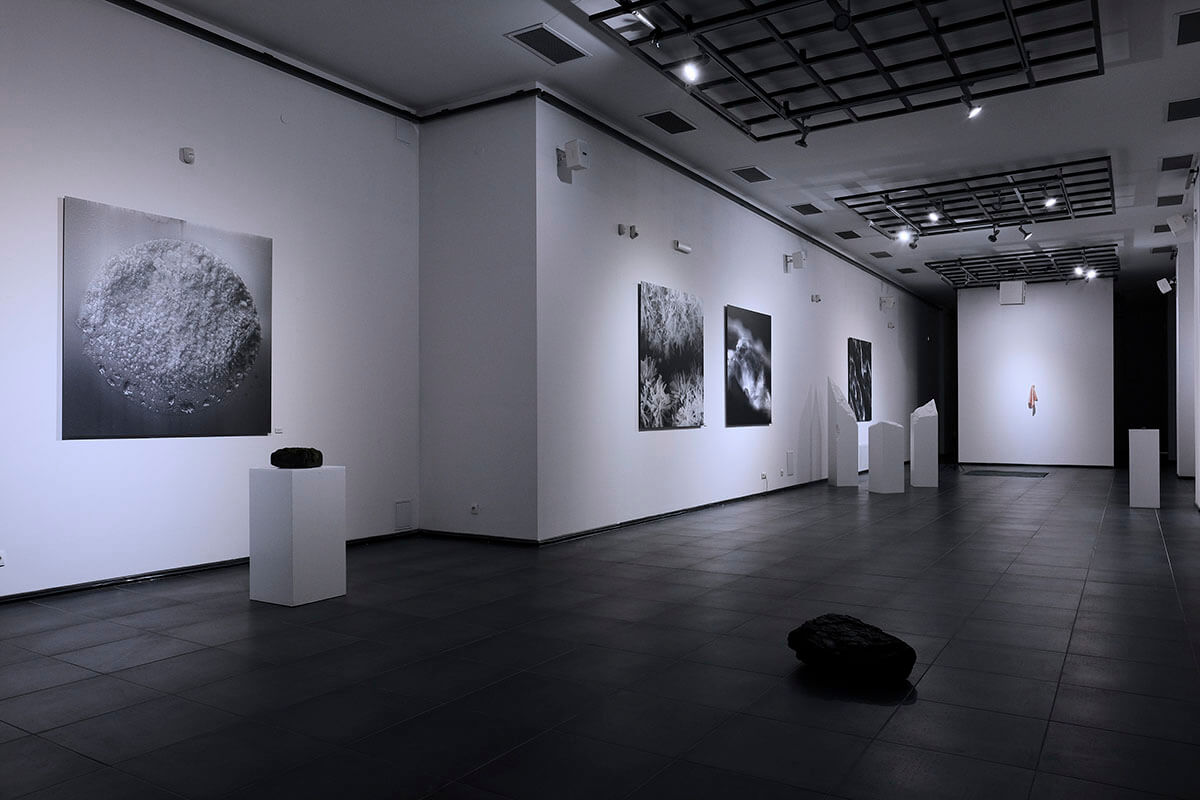 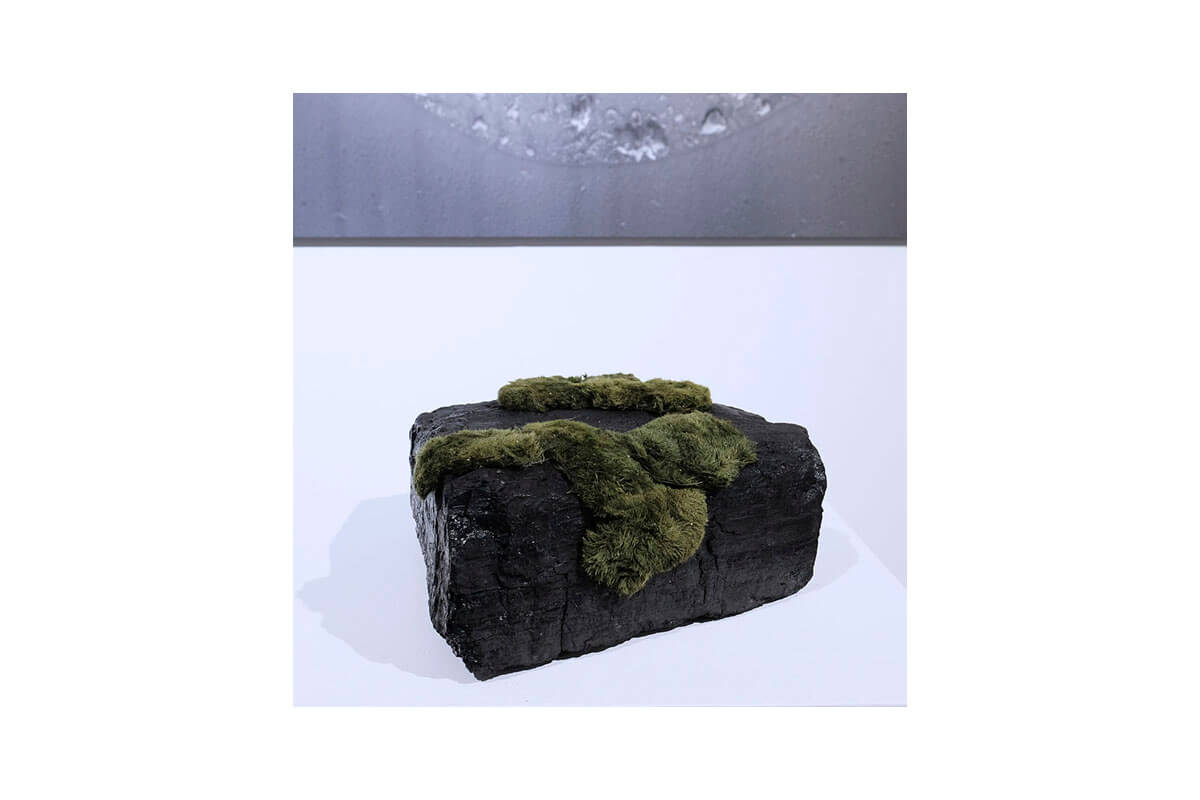 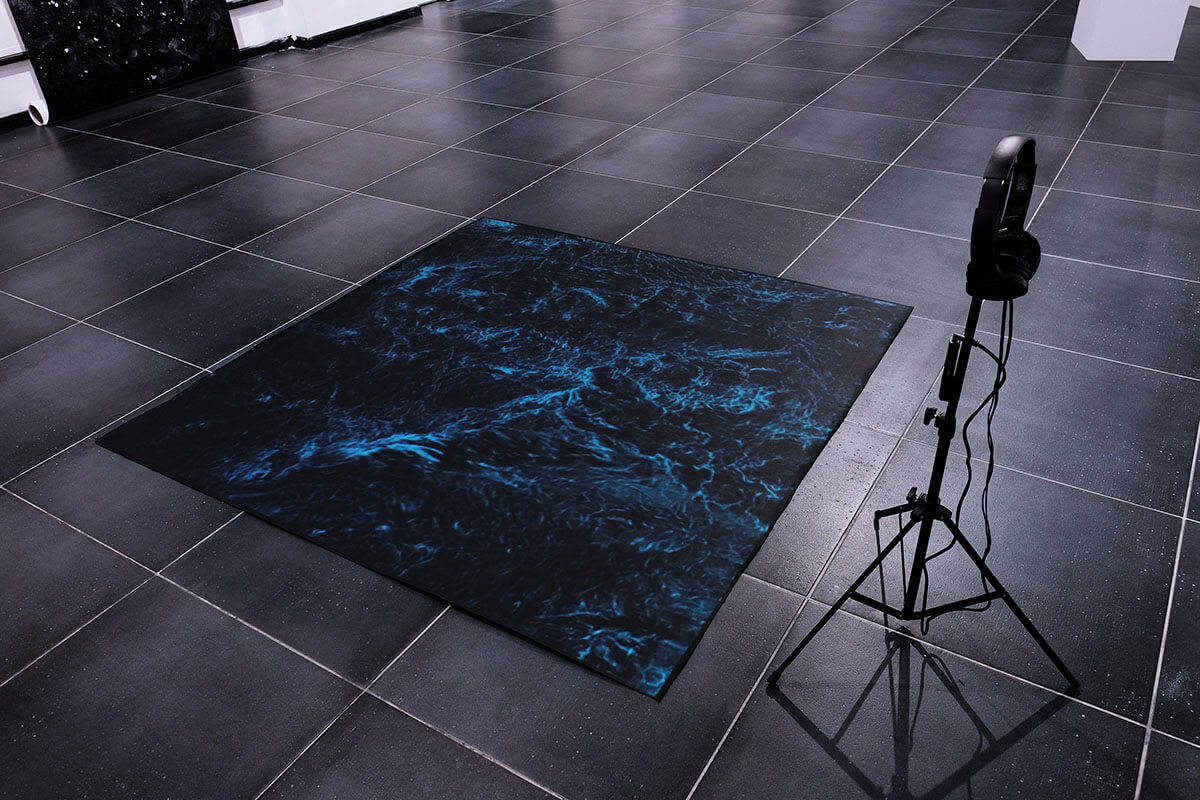